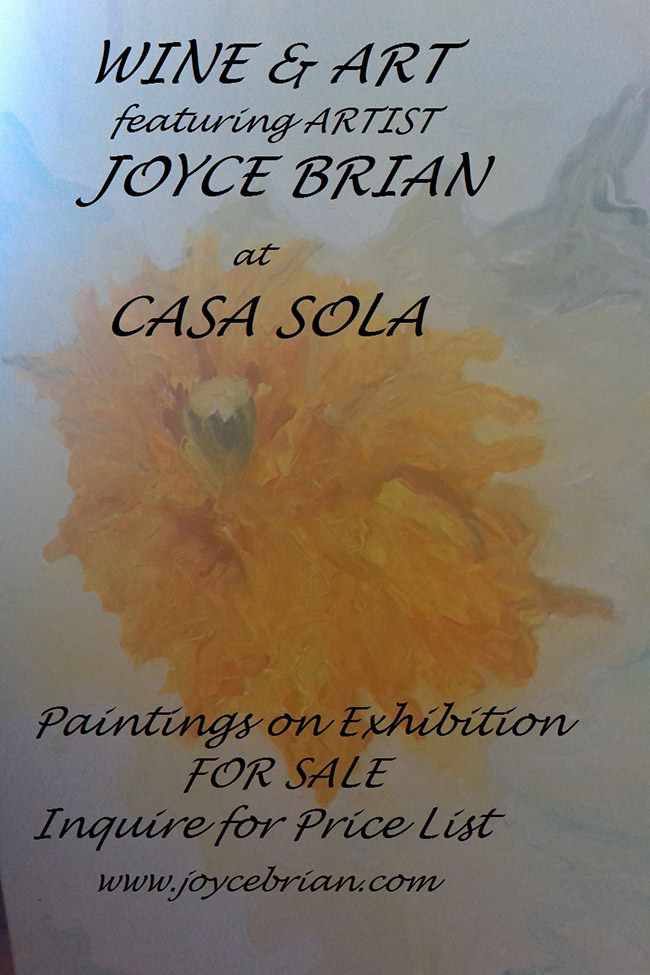 Shelter Island artist Joyce Brian has spent her life as an artist living on Long Island in various communities, settling on the East End, and traveling to places such as Jamaica, Italy, France, Costa Rica, Mexico and throughout the United States. Her artwork reflects her love for the act of painting and creating layers of paint on wood and canvas to capture abstractions reminiscent of a sense of place.

At an early age Brian studied art at the Art Students League under Gregory D’Allessio and then continued her studies at The Ohio State University, C. W. Post College where she received her Masters and then later going to the Savannah College of Art and Design in Savannah and in France, NYU summer abroad program in Venice, Italy for an unprecedented 10 summers, and Pratt Institute also in Venice. She has been privileged to study with Angiola Churchill, Richards Ruben, Maurizzio Pelligrin, Stan Brodsky, Luccio Pozzi, Nunzio, and Bob Yasuda as well as with Miriam Dougenis and Howard Smith.

Her work is in collections around the world. It is on permanent display in Brescia, Italy and in the households of people throughout the United States, France and Italy.

“Art for me has always been an expression of who I am, and the environment that surrounds me but more importantly, the interior landscape of the self. The light of such places as Italy, Southern France , New Mexico and Eastern long Island have long served as inspiration but also as a reflection of the light in the inner soul. I try to evoke that feeling through my artwork and hope that it speaks to others in a universal way.”